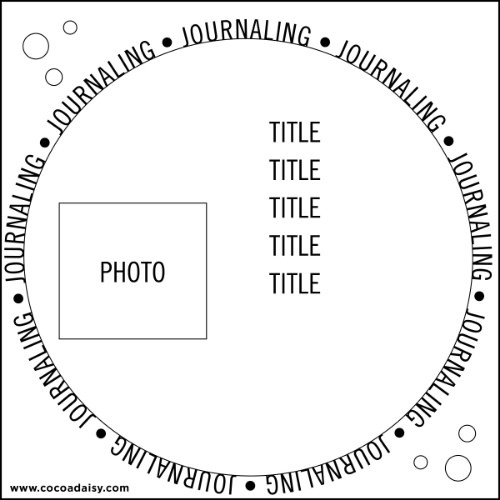 There seems to be an ongoing theme with circles and sketches here at Cocoa Daisy of late! Are you ready for it? Here is this month’s sketch challenge;

This time the photo remains square or rectangular but there is a ring around it! When faced with this challenge I had two thoughts; either cut a circle as the center from patterned paper or use the negative space of a piece of paper that I had removed the circle from. Ultimately, as you will see from my layout, I went with neither! Let’s see what other members of the design team came up with. 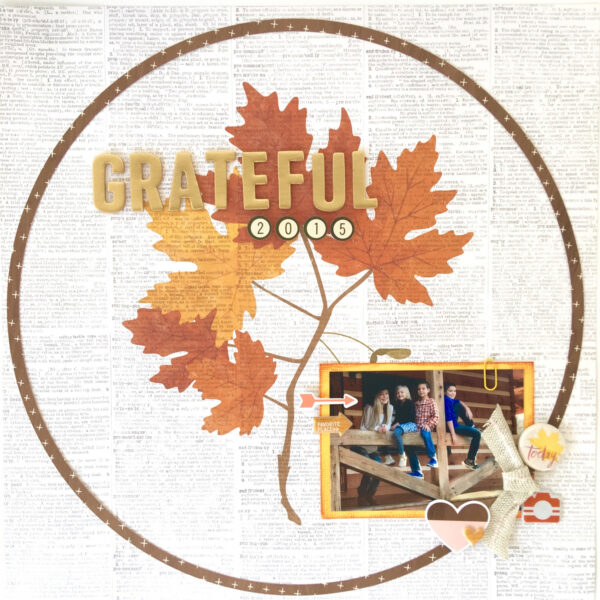 Katherine decided to put a smaller circular ring cut from the brown Simple Stories patterned paper from the Lunch Break kit leaving the large leaves in the center of the paper from Pebbles Inc as the focal point of her page. A lovely cluster of embellishments further add detail to the page. 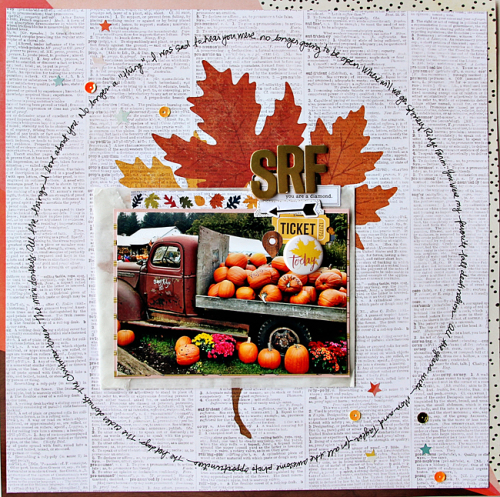 Alissa also used the patterned paper from Pebbles Inc as her main background! And the “today” flair! However she went more literal with the sketch and actually journaled in a circle, as the sketch called for. My fear with this was that I would either have more to say or less than there was space for. Brace, Alissa! Job well done! 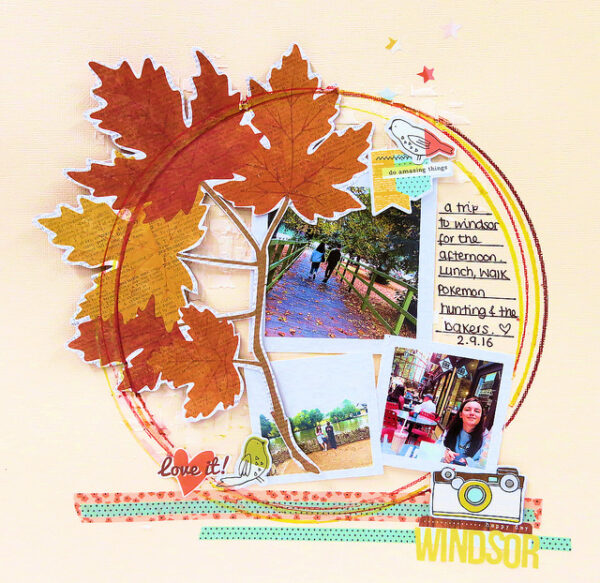 Lisa too used the Pebbles Inc leaf paper! And, as Lisa does, she digressed somewhat from the sketch with 3 pictures and her title below. Still resembles the sketch though, don’t you think? And, of course, her trademark pops of yellow – very much a Lisa thing! 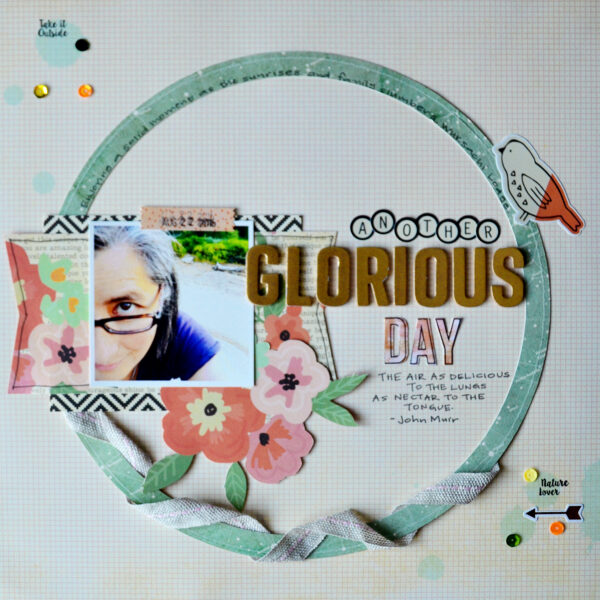 Like Katherine, I used a circle border instead of the full circle. I had the idea that the circle would be a wreath but it didn’t quite pan out as planned. I did journal around part of the circle but not all the way around. Really, I wanted the emphasis on the John Muir quote that ends up being my title for the layout.

There you have it folks, this month’s Sketch Challenge! It’s pretty simple really, you can make it as complex as you like or as simple as you like. You know the drill, post your layout/project either here on this blog post in the comments or share with us in the gallery and the message board thread for a chance to win $10 to spend in the Daisy store! You have until September 21st around lunch time EST to submit your entries and I’ll post the winner on the 22nd.

Can’t wait to see what ringing results you have based on this month’s sketch!

arleigh takes you behind the scenes
DITL | TAKING A LUNCH BREAK…