Vivian Masket is one of the nicest people you will ever meet. She and I met years ago at a crop at Archivers and we’ve been friends ever since. A group of us that lived the in the Denver Metro area became close and would get together often to scrap. So many great memories and friendships were formed from those crops. In the early years, Viv and I would send layouts back and forth to each other, asking what the page needed. Then life started to get busier, we became more confident in our designs, and that back and forth as well as the monthly cropping dwindled, but Vivian’s remained a dear friend.

Enter Cocoa Daisy and a guest designer was needed for the March kit. Vivian happily agreed. She’s known for her clean, graphically inspired style, as well as her very clever usage of embellishments, both of which she showcased beautifully this month. She’s also very good at putting together kits for her friends, but this was the first time she ever scrapped with one, so it was fun to see her delight as she put together her entire gallery in one day using the March kit, Grey Street. She did an amazing job! Please check out her gallery. 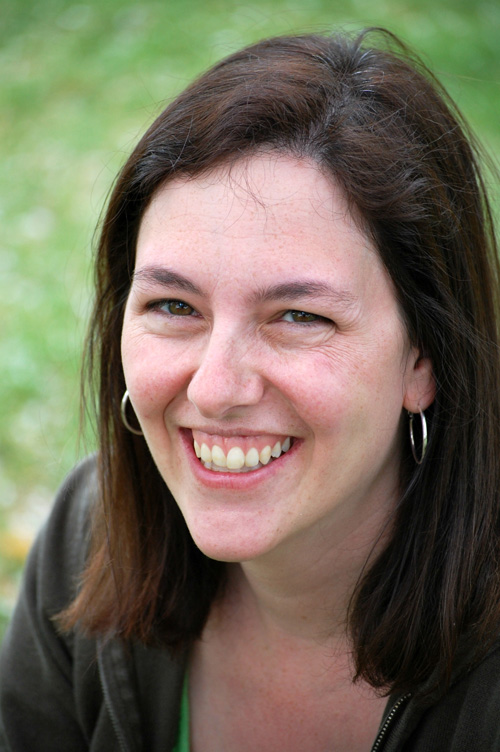 Here’s more about our guest.

Vivian Masket’s roots as a paper crafter date back to her elementary school days, when she and a childhood friend ran their own stationery business. Vivian no longer uses paint pens to create sets of stationery with rainbows, unicorns, and ice cream cones; instead, she applies her love of paper, color, and design to scrapbooking and cardmaking. She has become obsessed with her Silhouette Cameo and rarely creates a project anymore without adding a die cut touch somewhere. Vivian has also become overly reliant on her wide-format printer and, to her chagrin, never handwrites on her layouts anymore. Vivian has had her layouts and cards published in many magazines and idea books and is currently on the October Afternoon design team. When not gluing patterned paper and photos to cardstock, Vivian can be found working as an instructional coach for her local school district, hanging out in her 1928 home in Denver with her husband and her two kids (Eli, age 12, and Sadie, age almost 9), traveling, or creating her next masterpiece in the kitchen.

1.What is your most creative time? Lazy weekend days when I can play music and create all day long. Those days are rare, but cherished!
2. Share your current top 5 favorite songs/music groups with us. Passenger, Fleet Foxes, The Weepies, Of Monsters & Men, One Republic
3. If you were in a Rock N’ Roll band, what would your job be? I’d design the album covers. Either that or the interior of the tour bus. Or both.
4. Did you ever want to change your name? If so, to what? I briefly flirted with a shift to my middle name when I was a teenager. Briefly. I was sick of people calling me “Vivi” but then realized how quickly Suzanne would become “Suzi” (yes, with an “i” – and a bubble dot over the “i” – it was the 80s).
5. If your life was a movie, what actress would play you? People have told me I look like Mary Louise Parker, Marisa Tomei, or Anne Hathaway. However, I would like Maggie Smith to deliver my one-liners. (If you are not a “Downton Abbey’ watcher, check this out: http://www.people.com/people/article/0,,20769936,00.html)
6. What’s your favorite accessory? Necklaces or scarves – I can throw them on with little effort on my way out the door. I am always running behind!
7. How do you cheer yourself up? Snuggles and silly time with my kids.
8. If you could have a luncheon with any three people (real of fictitious/ from any time period, dead or alive), which three people would you choose and why? Jane Austen, Thomas Jefferson, and Mother Teresa. (My husband suggested Spock, Kirk, and Bones.)
9. What food would describe your style? An artfully composed salad, with one or two unexpected ingredients, served on a white plate.
10. What is “dressed up” for you? Dinner out downtown in jeans, boots, a patterned black and white top, and a black cardigan.

Thank you Vivian, it’s been a pleasure having you be our March Guest Designer!