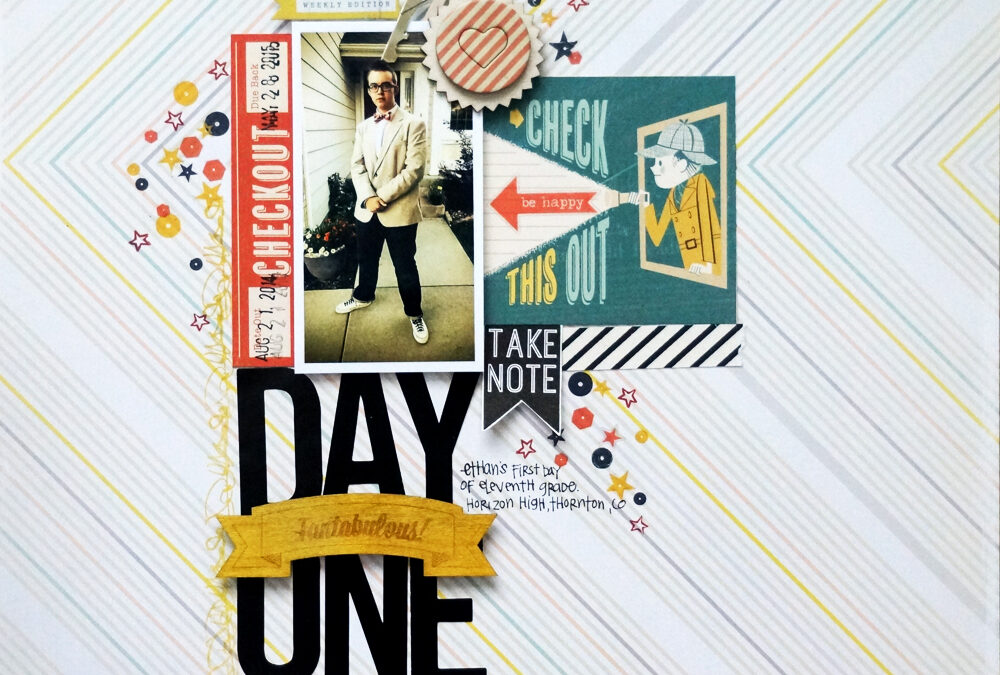 I love a sketch that gives me a finished layout in less than an hour. So much love. That would be the case for this month’s sketch, based on Anna’s layout from the modern+vintage collection. It was so easy to pull elements from her design and make this layout about my son’s first day of 11th grade, using the new September kit collections, Story Time. 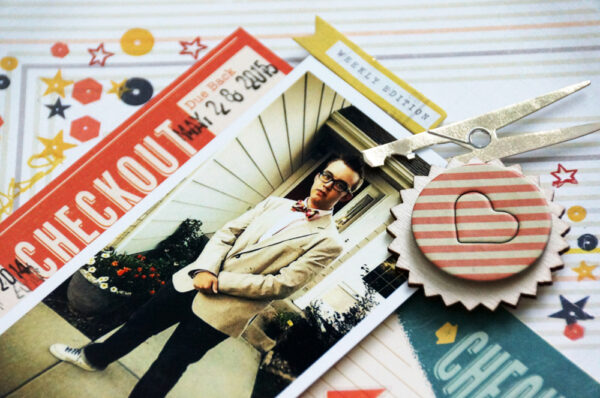 When I was done with my version, I thought I had strayed pretty far from the sketch, but on closer examination, I was pleasantly surprised. 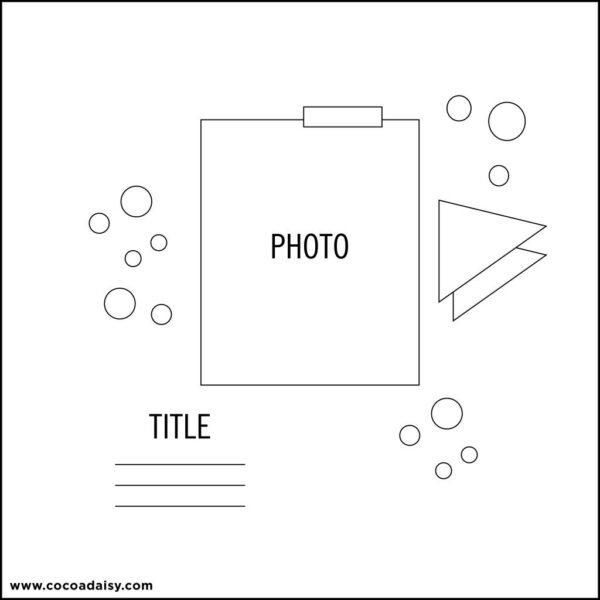 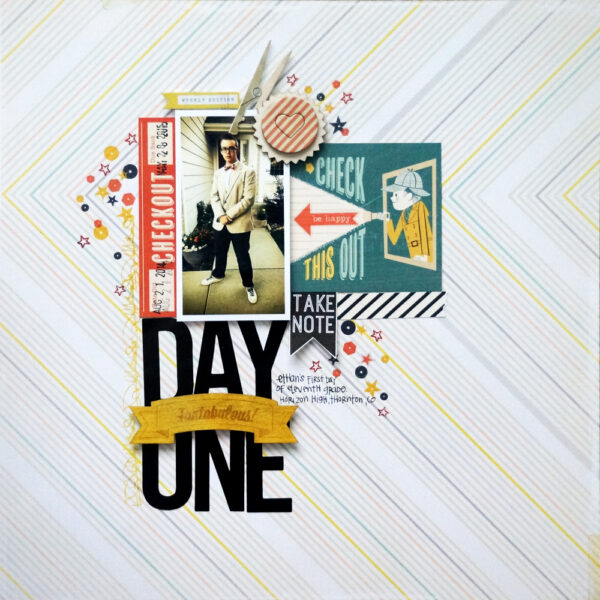 The first thing I took inspiration from was the triangles on the right side of the design. I thought the “check this out” card from would be fun to use and then I noticed the flashlight illuminated a TRIANGLE!!! I also used the Crate Paper Notes& Things paper that had a definite arrow pattern, similar to the feel of Anna’s triangles. So while my triangles go different ways, I think it works.

I also used the small circle elements, but snuggled them up against the photo block. I kept the title in the same place, but went big with the great Pebbles alphabet in the Fairy Tale add on. The only huge difference between the sketch and my design was the direction of the photo block. Mine’s about the same size, but I ran it horizontally instead of vertical. By backing the small photo with 3.x4 cards, I was able to get the same heft as the sketch called for.

If you look at the sketch superimposed over the layout, you can see I really did stick closely to the original. Yay me! 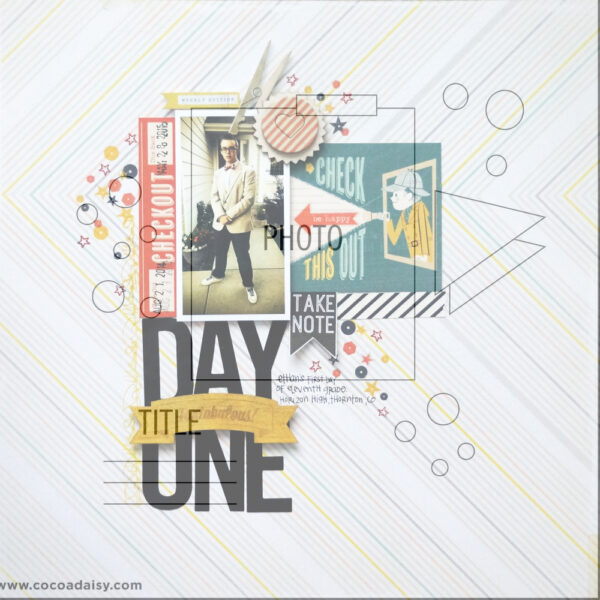 I had lots of support from the Design Team and our Guest Designer this month. Be inspired as you see all the different takes on the same sketch.

Marie Johansson, our guest designer and I used a lot of the same elements, but the look is TOTALLY different. I love all her bits and pieces, and the lines in her photo work so well with the design. 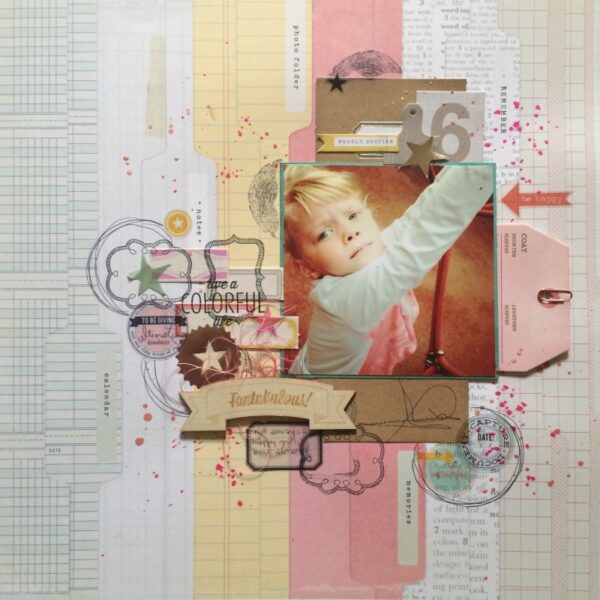 Mandie turned squares on their tips, making diamonds step in for the triangles. Pretty clever. She also went with a smaller photo and backed with some great layers. Her stacked title is brilliant! 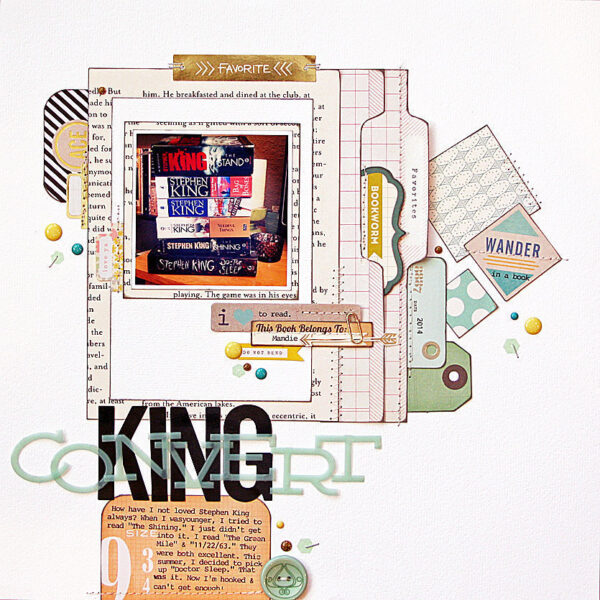 Alissa turned the sketch into one of her go-to designs so well. Lots of layers, a trail of bits and splatters, and a solid supporting title under the photo block. Her design is much more vertical than the sketch, but it still works so well! 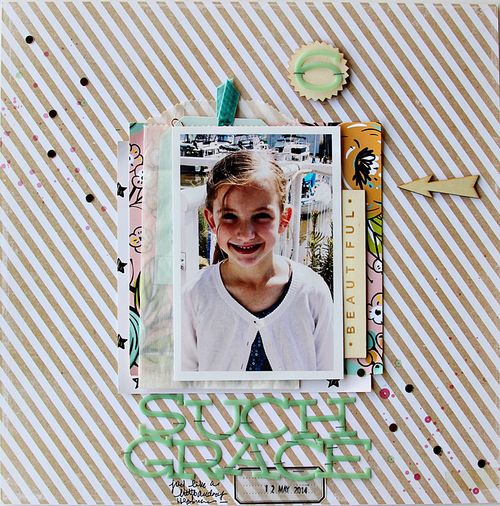 Anna took a stab at using her own sketch, I love that she used the same elements as her previous layout, like a larger photo, three spots of embellishments, a left justified title and journaling, and triangles, but it looks so very different. A softer color palette makes all the difference in giving this gorgeous design it’s own feel. 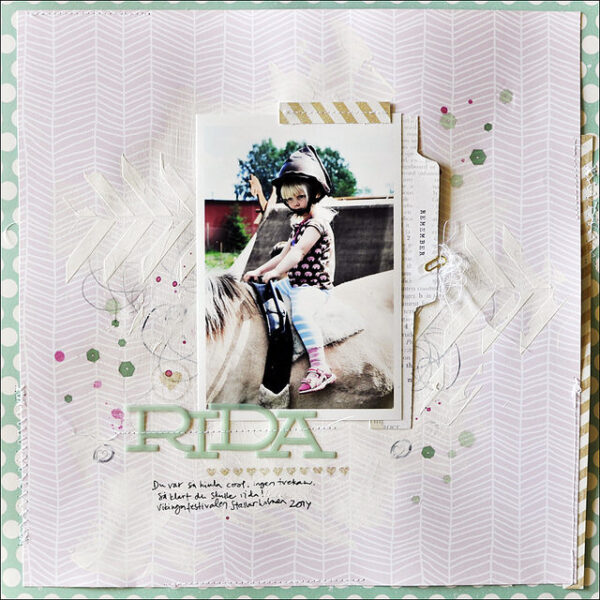 Lisa also played along, going with a smaller photo of her recent cherished family visit. Her more spread out and layered version takes most of the same elements, but makes them work for her need for more journaling than the sketch. It’s a great example of how you can adapt a sketch. Do you see the triangles? 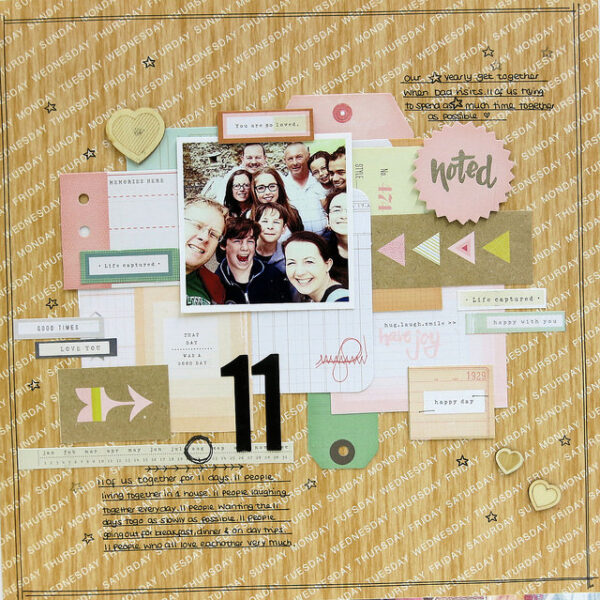 Please join us this month, adding your version of the sketch to the galleries and sharing a link here. We’ll also have a thread where you can add your link, but please include it here on this post. One randomly selected layout will be crowned the sketch winner and will receive a $10 coupon to the store. You have until Tuesday, September 17th at midnight ET to add your link. Good luck and have fun!