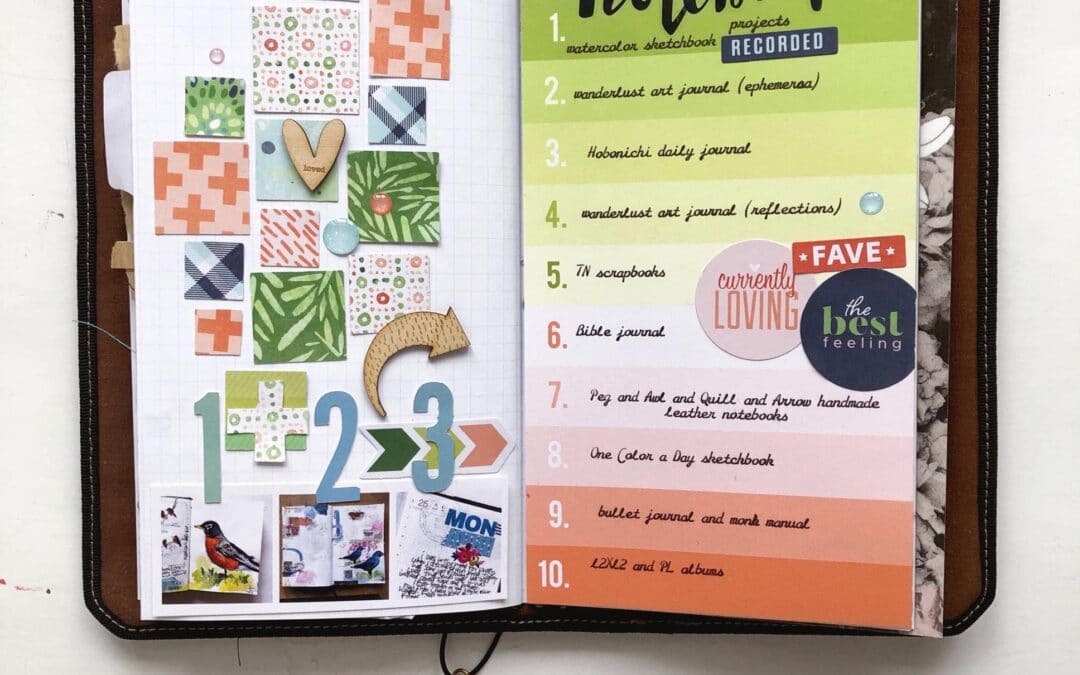 Journal Cards Designed with the Simple Dori in Mind

First up is Traci who chose to get flippy with her cards! 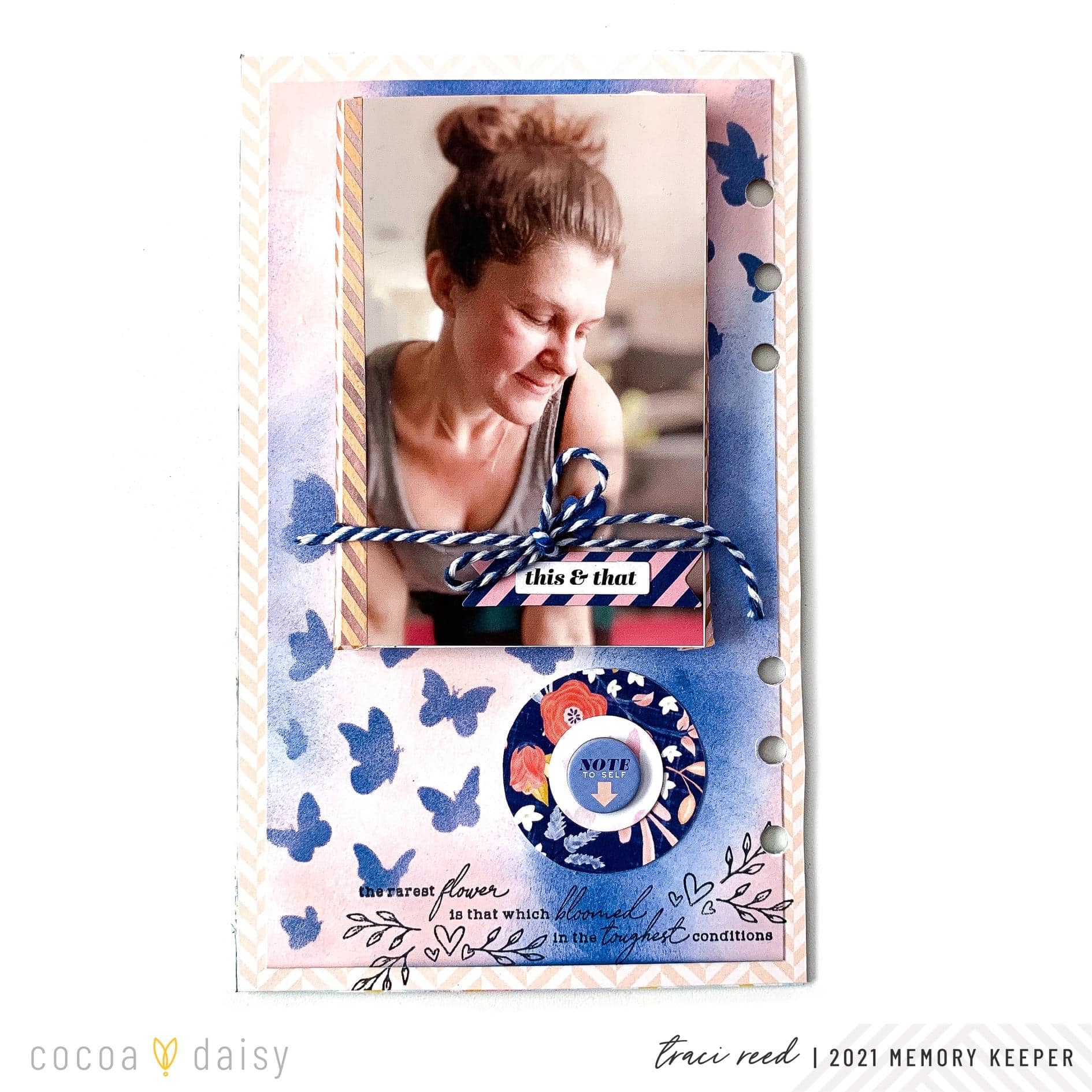 “OK, If you know me at ALL, you know I LOVE journal cards, and I don’t even pocket scrapbook! The Journal cards from the Denim and Blush Collection that I customized in my DIY Your Scraps video. 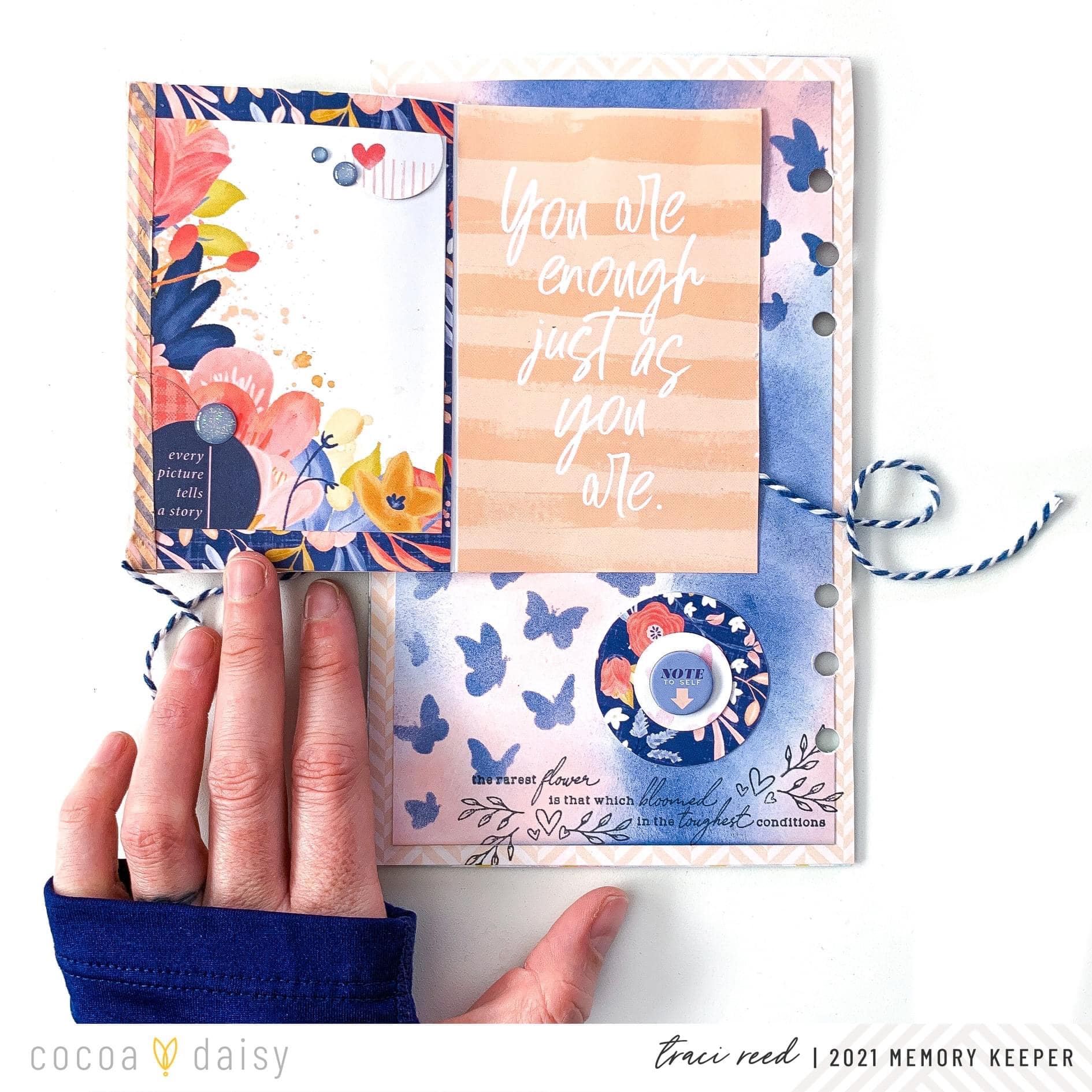 Since I just can’t leave well enough alone, I wanted to challenge myself even more with the “cards” prompt for this post. I decided I could fit not one but THREE cards on ONE 8.25×5″ page that I had at the end of my first album for the year. And then well, just to make it even more difficult, why not add 2 photos as well?! 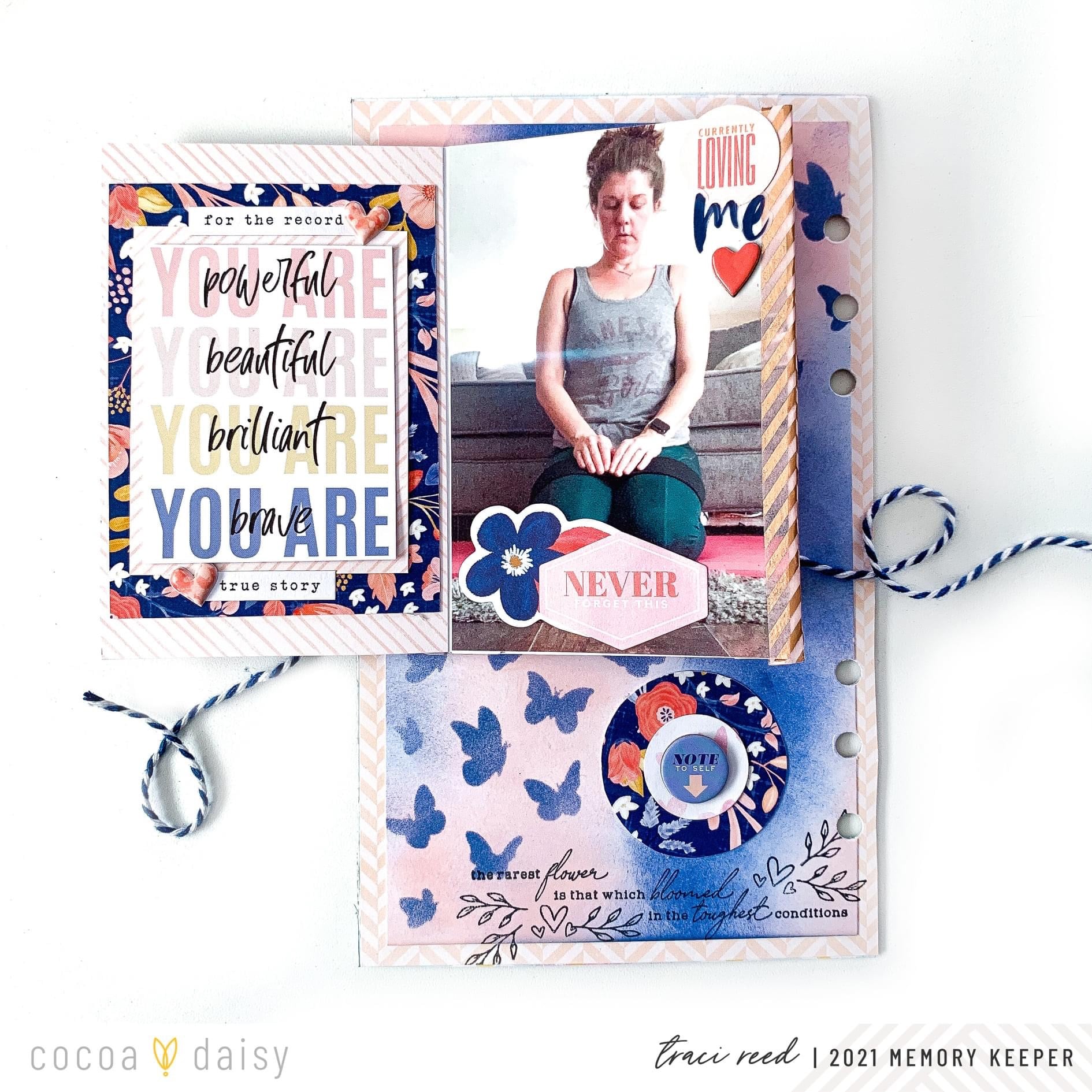 The result is a super fun interactive accordion mini album WITHIN an album page! It’s a perfect way to hide some not-so-great photos, your journaling, AND use multiple gorgeous cards! Make sure to check out my process video to see this spread come together.” We love how Traci used cards from both the Denim and Blush Traveler’s Notebook Memory Keeping Kit and the Denim and Blush Modern Memory Keeping Kit to create this accordion mini album. “Like so many of you, I just love the newly redesigned large journal cards that come in the Traveler’s Notebook Memory Keeping Kit! They are fantastic to use in your traveler’s notebook but can also work in other forms of memory keeping projects as well! For this project, I created a tip-in for my new Cocoa Daisy Daisy Planner which I am using for my memory planner this year. 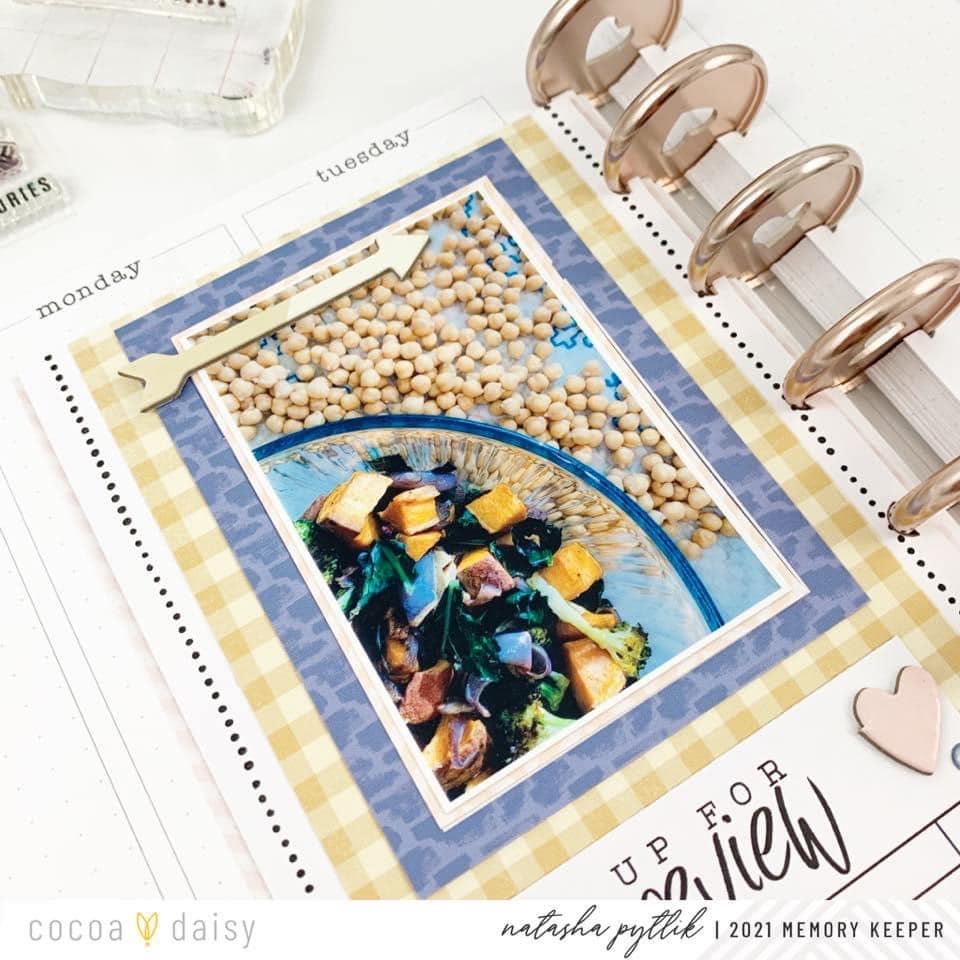 Sometimes, as paper crafters, we get caught up in all the pretty things we could use to embellish our pages. By pulling one of the large journal cards and primarily using just one kit, I was able to put this together within 15 minutes. 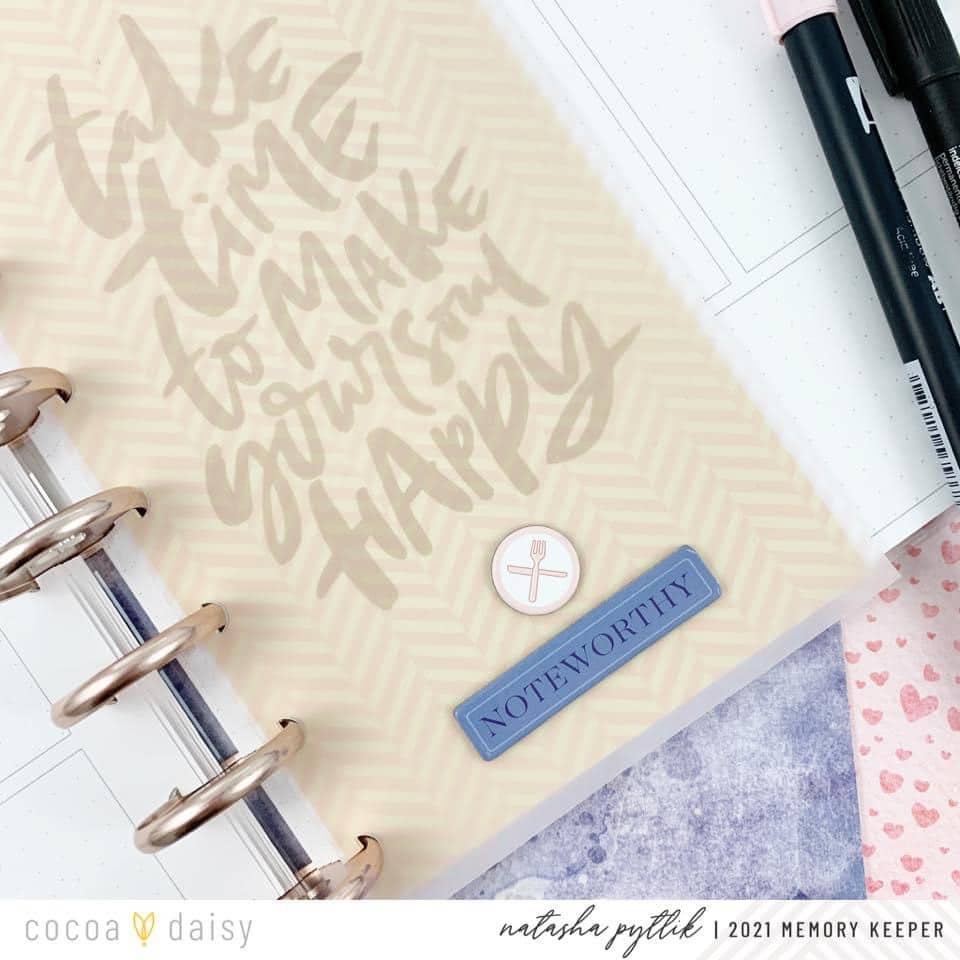 The final product is simple but SO cute. I paired the large journal card with a sheet of vellum, chipboard stickers on the front side of the card which serves as the title page. 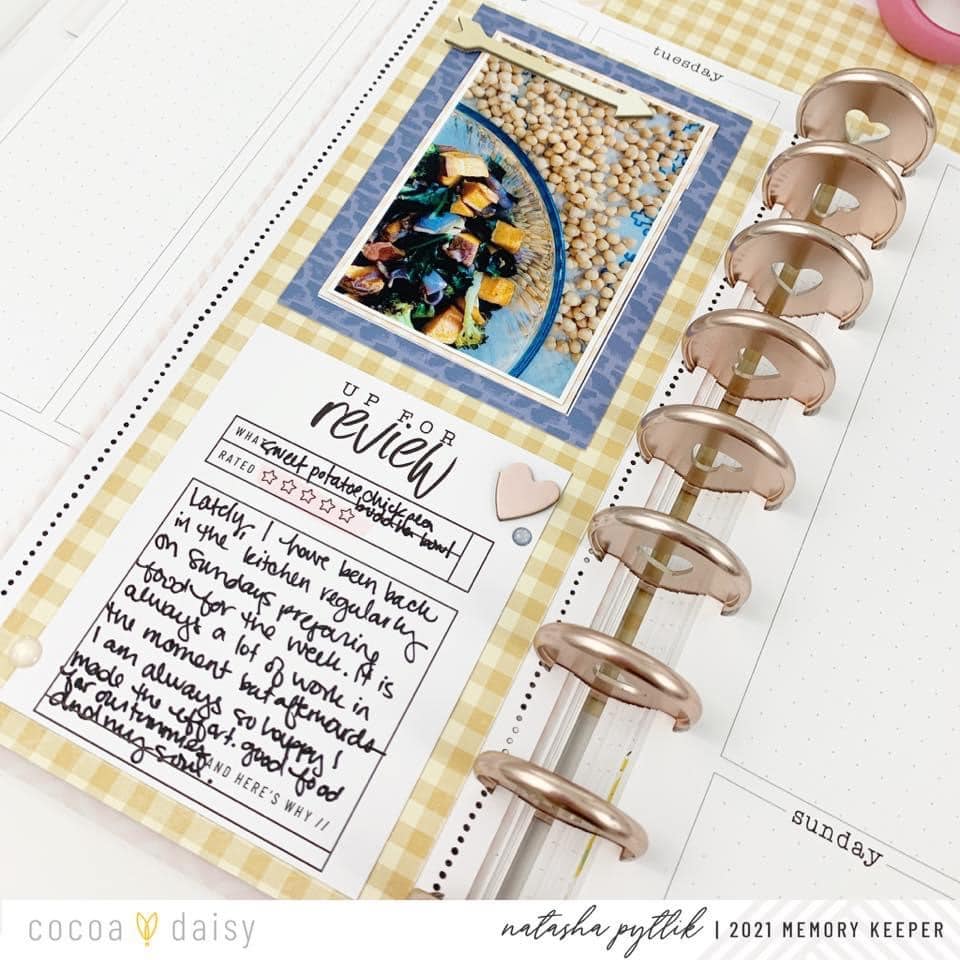 Then on the back of the card, I used two journal cards, some patterned paper, the TNMK kit stamp set, and some dimensional embellishments to give it some texture. At the very end, I punched the card and was able to pop it right into my Daisy Planner. Don’t be afraid to use your Denim and Blush Traveler’s Notebook Memory Keeping Kit kit supplies outside of your traveler’s notebooks. With such beautiful products, the process is always so enjoyable! Head to my YouTube channel for a process video for this design.” 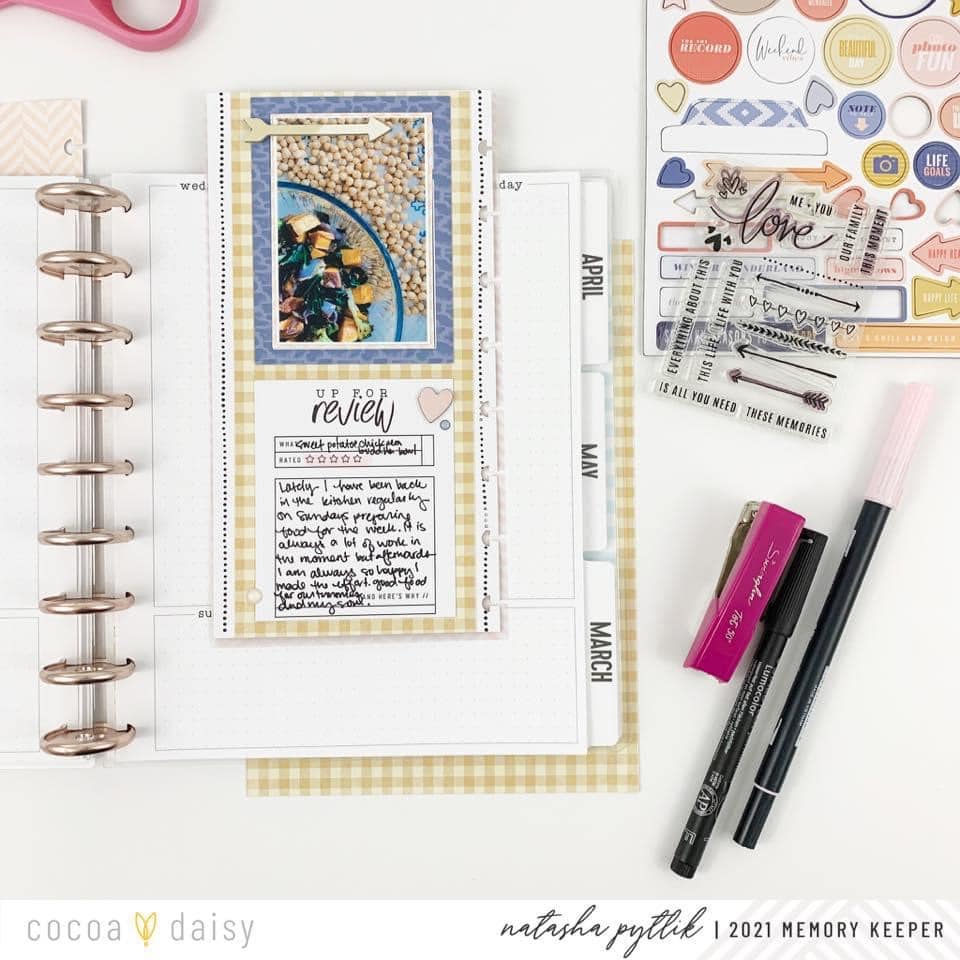 We love how Natasha adapted the Traveler’s Notebook Journal Card work inside her memory planner. This is a great idea for weeks when you have lots of photos, extra journaling, The cards would also work as great page markers in your planner, too!

Jil has jumped into her Treetop Canopy Traveler’s Notebook Memory Keeping Kit. and we love what she is creating! 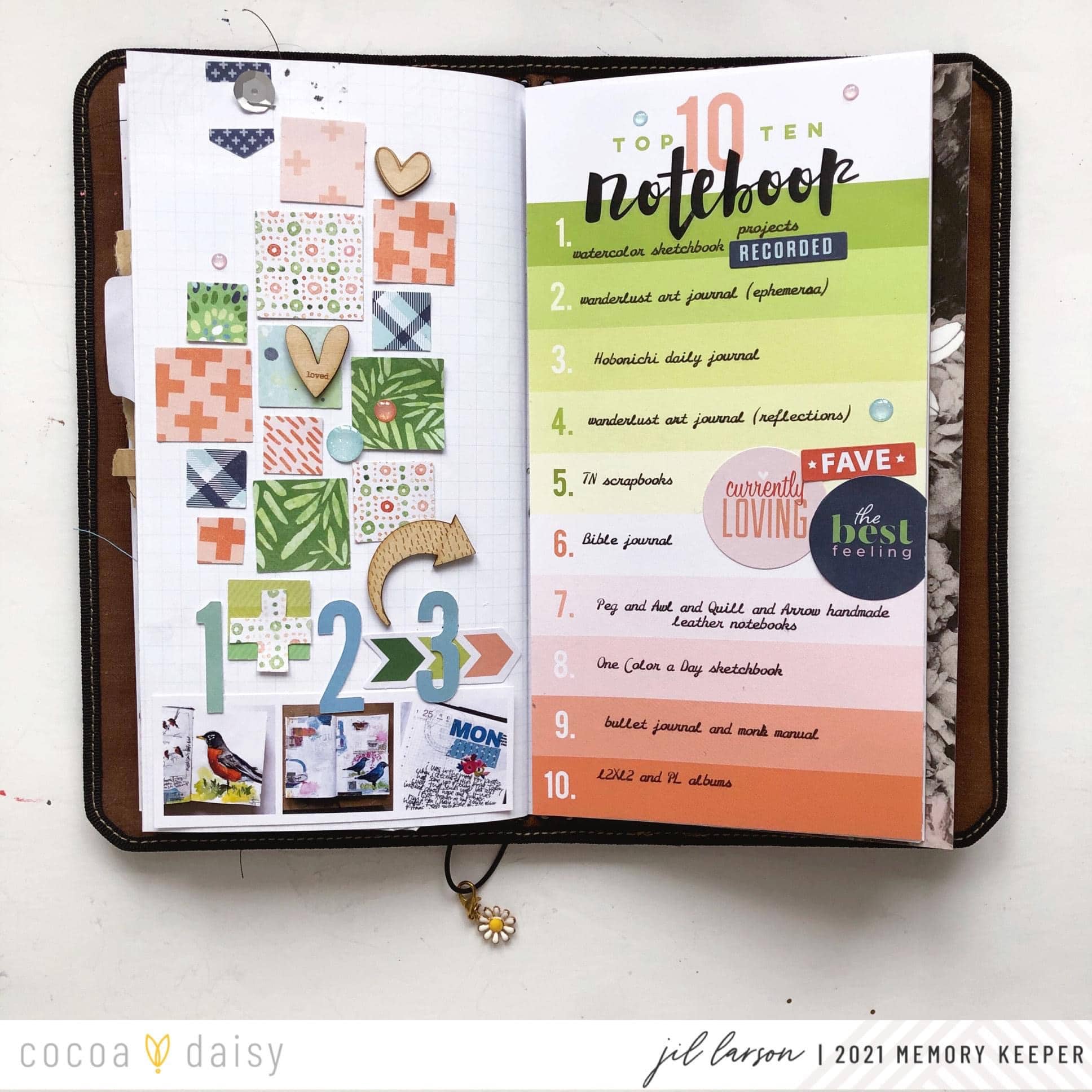 “I was excited to make a Simple Dori Traveler’s Notebook layout with one of the gorgeous large cards in the Treetop Canopy Traveler’s Notebook Memory Keeping Kit. These are a solution for anyone who wants to include more than one or two pictures on a TN page. I included 10 photos! 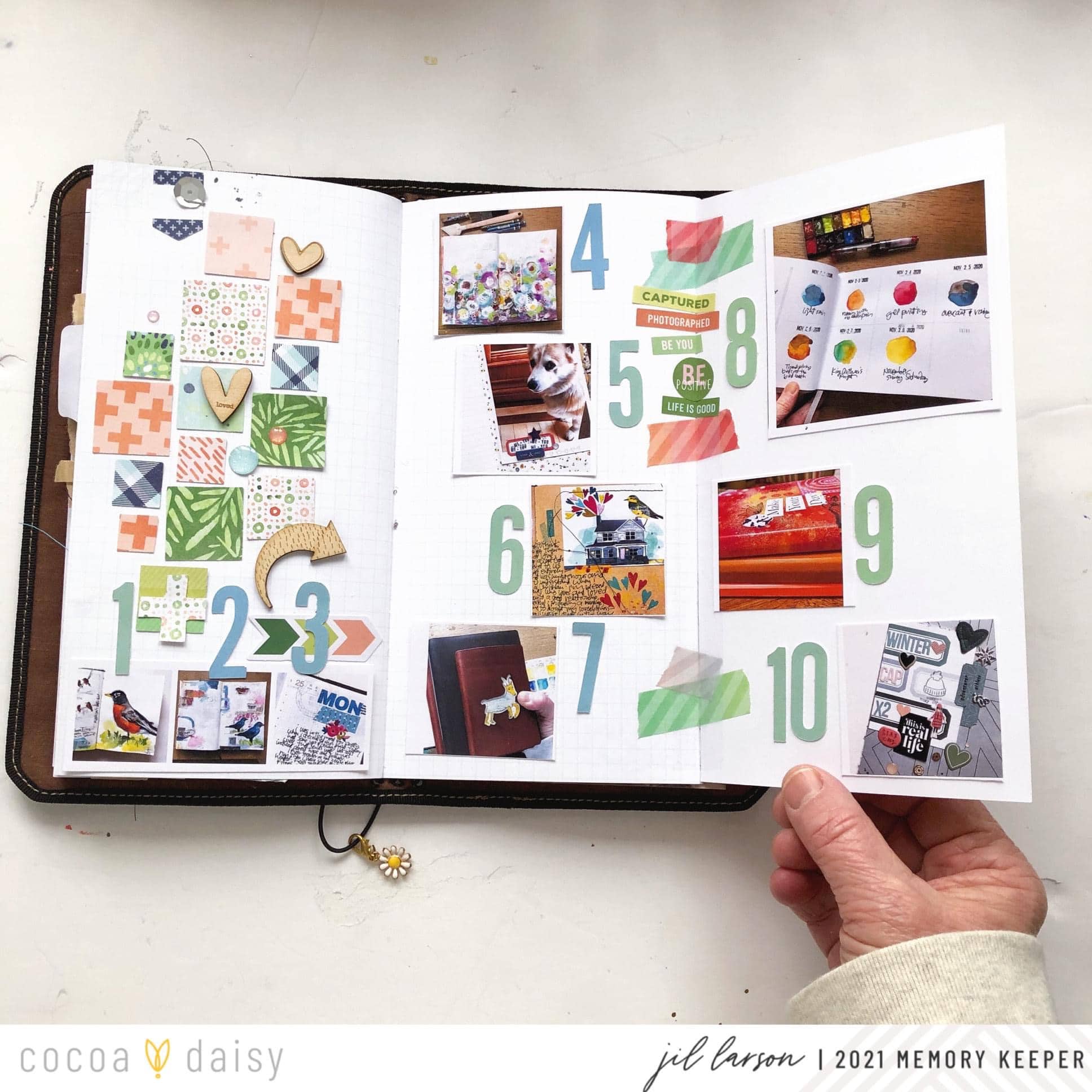 My page is about my top ten current notebook and scrapbook albums. I typed my list of 10 on the card and couldn’t resist filling in the white space with three die-cuts. I created my title “Notebook Projects Recorded” with a combination of the rub-on’s (which are wonderful!) from the Treetop Canopy Traveler’s Notebook Memory Keeping Kit., typing, and a die-cut. 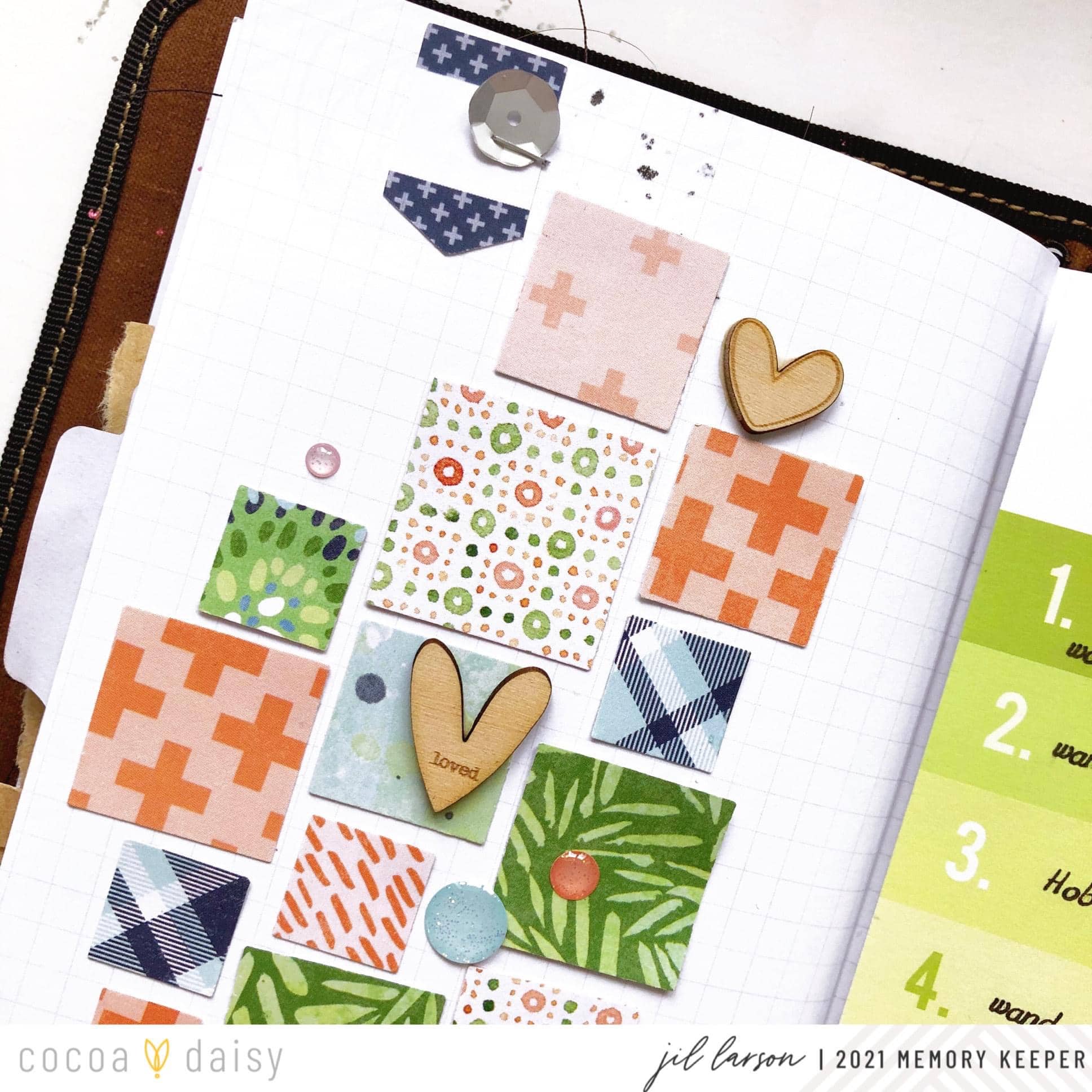 On the left side, I punched squares of the patterned paper to make a collage and to mimic the look under the card (stacked up square photos). Three of my photos are on the bottom of the left page, and placing them there allowed me to begin my numbering and direct the eye to the area beneath the card with a veneer arrow from the Treetop Canopy Classified: Memory Keeping Kit. 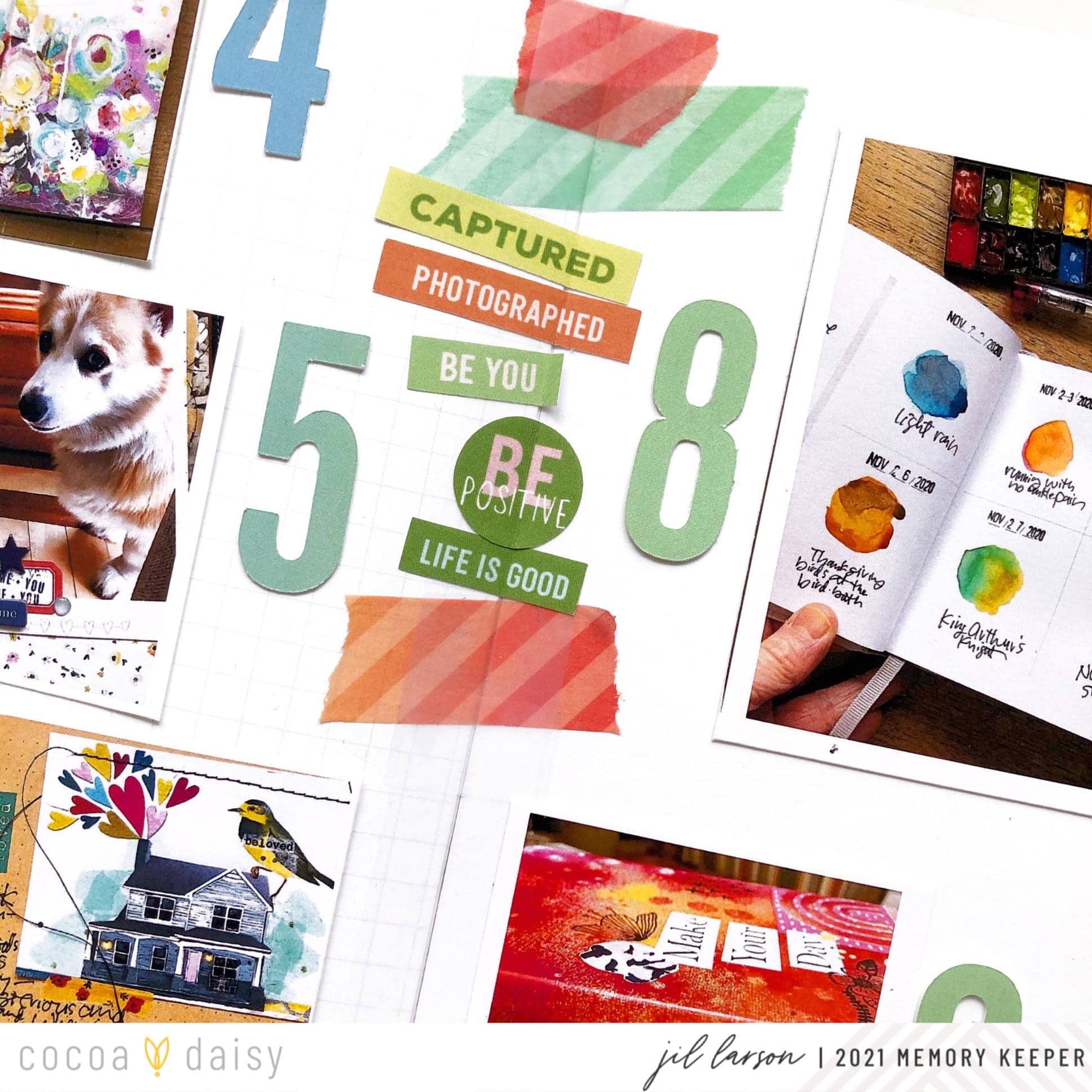 The numbers in the kit are a perfect companion to the top 10 large cards. When the card is opened up, we can see the remaining seven photographed projects with their numbers keyed to the list. I created the hinge with clear tape and little pieces of the ombre striped washi in the kit, filling some white space around the washi with die-cuts and stickers. I’m so crazy about notebooks, sketchbooks, and albums right now, and it was fun to capture my obsession in this array of photos!” As we’ve said before, the Simple Dori may be a small canvas, but with additions like a journal card tip-in, it can have a big impact! The grid of pattern papers is a perfect way to bring the colors from the front of the card throughout the spread.

We can’t way to see how you use these new cards in your notebooks, layouts, pocket pages, and planners! Share your designs with us by tagging @cocoa_daisy on social media or posting to the Cocoa Daisy Fan Page. 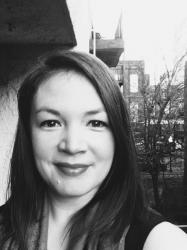