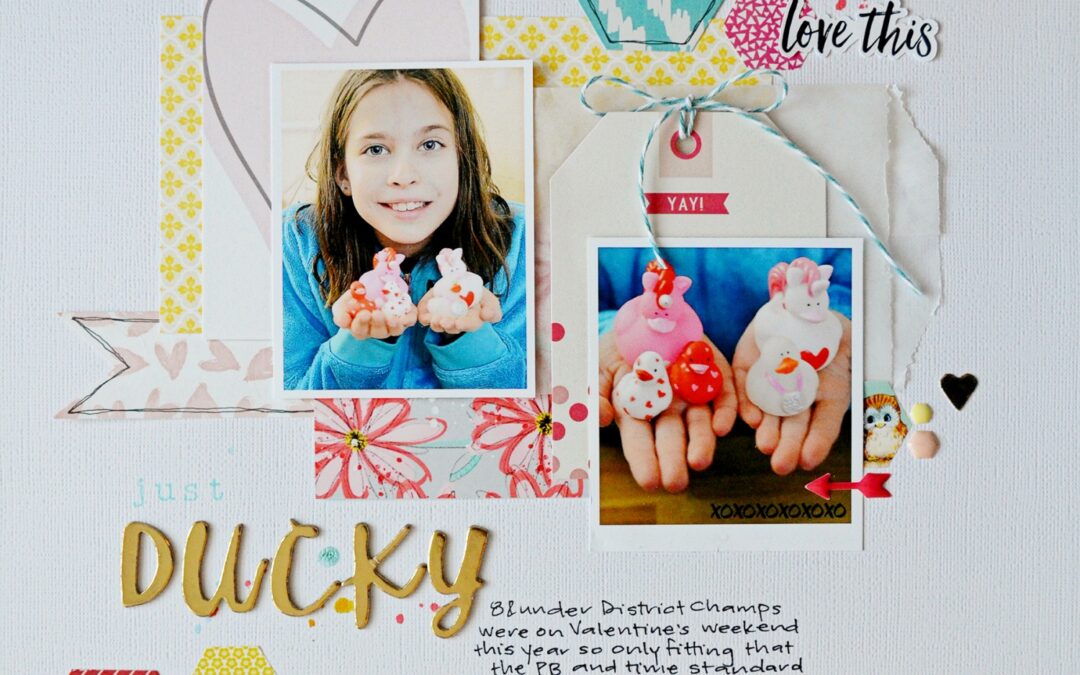 Hi there Daisies! Suzanna here for the first time to present you with this month’s sketch challenge.

Sketches tend to be either well liked and inspirational or frowned upon. Me, personally, I’m a fan. I don’t see them as binding as some might do. There is a lot of freedom in a sketch if you can allow yourself to see it as a guideline, not a rule. 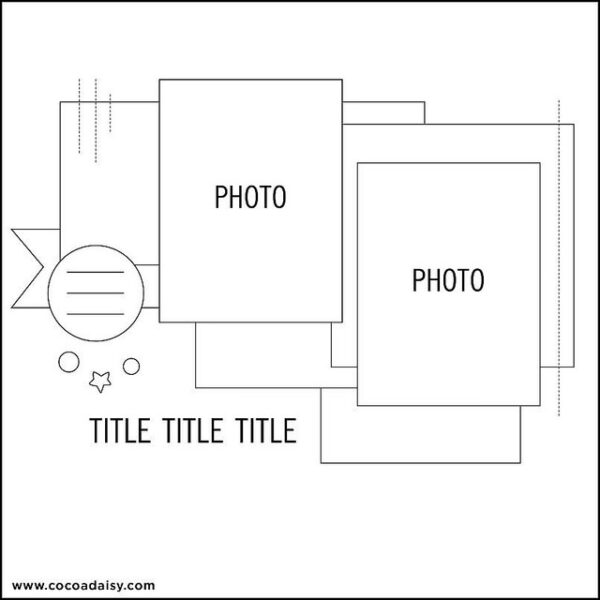 Another great sketch designed by Stephanie (gotta give credit where credit is due!) based on a layout by Anna. I love the layers in this sketch and that there is more than one photo. 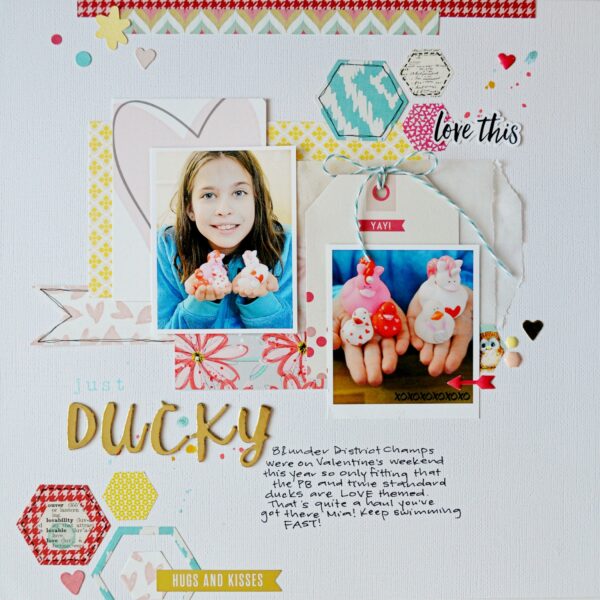 That’s what I came up with. You can see the resemblance to the sketch with the two vertical photos and the multiple layers. My title placement is the same as well. From there, I took the sketch and added elements to the layout that made the layout work for me. I personalized the sketch by adding the header strips up the top and the hexagons down on the bottom, left hand corner. Isn’t that owl, poking out from behind the picture adorable? He and the other hexagons are part of the DITL kit and were made especially for Cocoa Daisy by Pretty Little Studios. 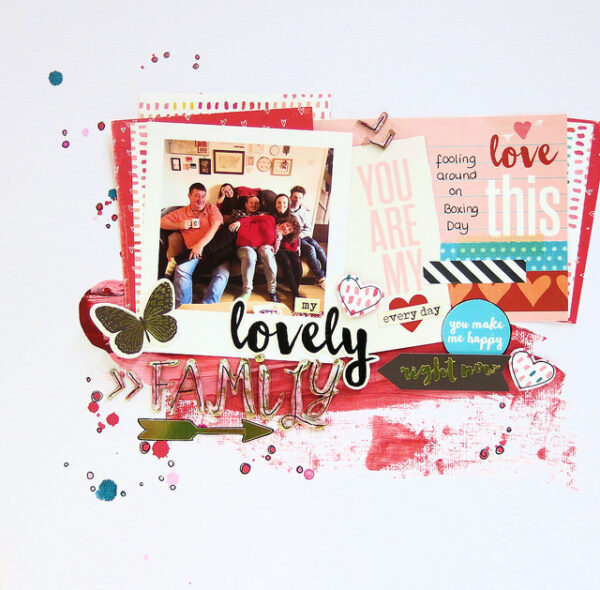 Lisa had the same idea as I did with the many layers and title placement. Instead of the second picture, Lisa used a cluster of DITL cards with lots of layers in and around them. It never ceases to amaze me how with two constants; the kits and the sketch, the final outcomes are so varied! 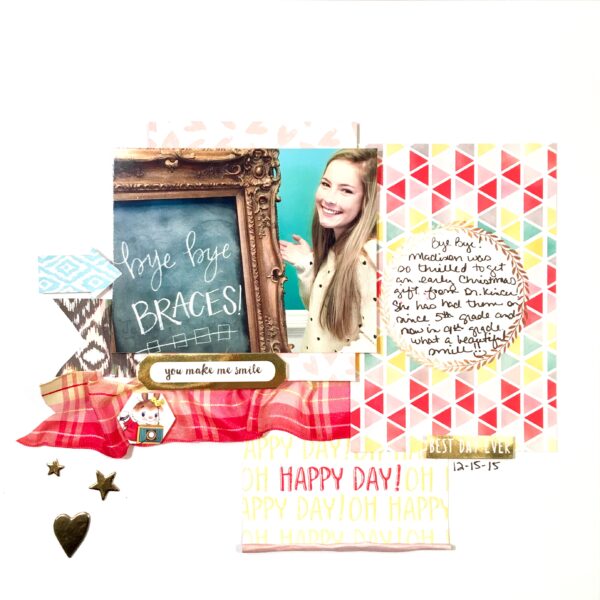 Katherine kept the orientation of the sketch and same as Lisa and I however she used one horizontal picture with the second picture “space” filled with a vertical journaling spot! And she used that ribbon from the main kit that just has me stumped!

You can see from the three examples above how a sketch is what you make of it; it can be tightly adhered too, loosely interpreted or anywhere in between! I challenge you to play along with us this month and join in the fun! Come and play along and post your layout to the member gallery and link up below in the comments to be eligible to win $5 towards your purchase from the Daisy Boutique. You have until January 20, 2016 to play along and a winner will be announced here on the blog on Thursday, January 21st.

Are you a stickler for the rules of the sketch or more of a free spirit who takes the inspiration and runs with it? I can’t wait to see what you create!