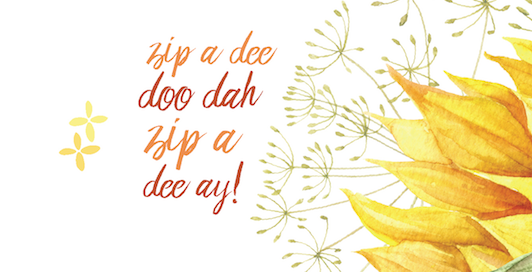 Behind the Scenes with arleigh | August 2017 edition

I wanted to share some behind-the-scenes notes about the August planner design just for fun. I’m going to try to do this regularly.

Christine wanted August to feel like you’re in a field of sunflowers and you can see the big blue summer sky behind them. And that’s also what inspired the color palette for the month.

First I wanted to tell you about the clouds. Here is a little snapshot of the clouds on one of the Week pages. That lacey pattern that is texturing the clouds is from some Photoshop brushes from Just Jaimee’s website. Here’s a screenshot of one of the brush sets, called Happy Festivus Dec Stamps.

Just Jaimee is one of the graphic artists for Cocoa Daisy—you’ll recognize her name from the sticker sheets. But she also has a website that is chock-full of stuff. You should check it out!  Just Jaimee’s website. 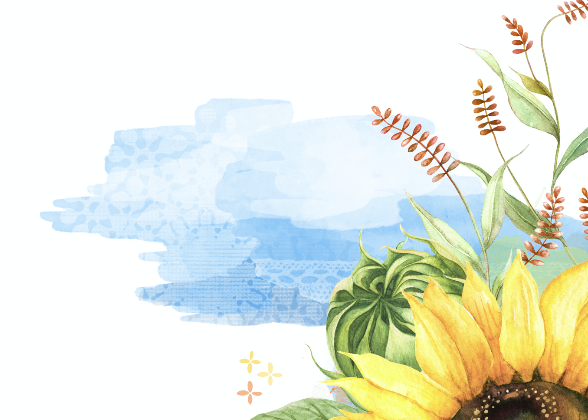 Next the “fireflies”—the little X or + shapes that are on the washi and floating in the air around the sunflowers. They were pulled from the ginger jar artwork that we used for our pattern inspiration. (This ginger jar image is from shopstyle.com and the second image is a close up of our planner paper design.)

Look closely at the blue-and-white patterns, and you can see our little X shapes. Here is a little screen-capture from the Dori. Christine and I were calling them “fireflies.” We like to have a secondary pattern or motif—I think of the secondary motif as “back up singers.” So the main act was the sunflowers with clouds, then we added in the ginger jar pattern as the back up singers. 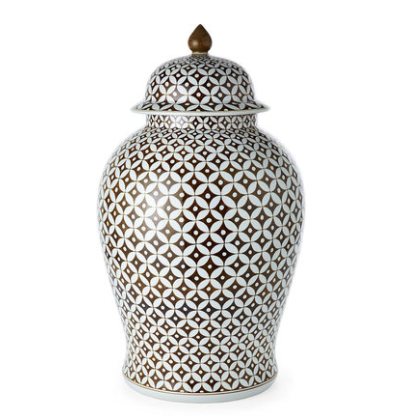 And last, I wanted to say that I think Simon is really hard to find in August. He’s not even in the Personal Planner. Sorry about that.

He’s particularly hard to find in the Dori. He was supposed to blend into one of the sunflowers but I think he is too hidden! He looks fine on my screen but I think he just got lost during the printing process.

Here’s a screenshot from the Mini Dori from my computer but he’s much harder to find in the printed Mini. Create a window dashboard for your planner with Kylie.Video included.
Let’s Go Off The Page ~ With Kylie.